BBN REUNION: Ex-housemates accuse each other of sleeping with married men, illicit affairs 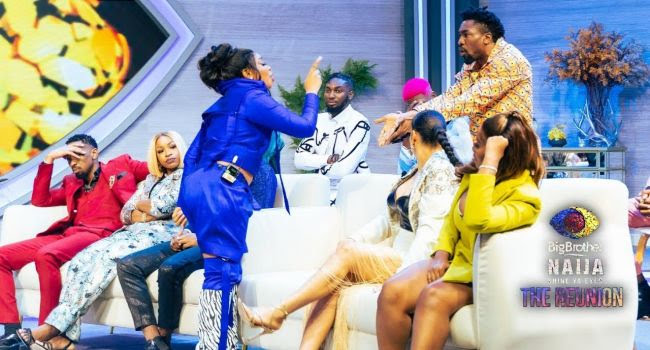 The highlight of the night was the fierce altercation between the aforementioned housemates.

The former housemates argued about the secret affair that took place in Dubai.

Prior to the recent argument, the duo have been at loggerheads. As the argument got stretched, Angel accused Maria of being a “patriarchal princess” and sleeping with a married man.

“You’re a patriarchy princess. You didn’t think of that one when you were f**king married man.”

Responding to this, Maria said “Is that what you want to bring up here? Don’t even allow me bring up all the things you did in Dubai.”

Watch the video below.