BBN S7: Groovy And Bryann Mimic The Level 2 Ladies In This Hilarious Display 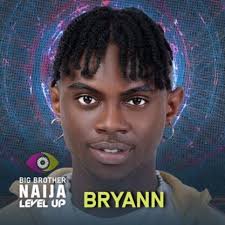 The Big Brother Naija Reality show started few weeks back and so far the contestants in different levels have brought drama, excitement, love and friendship

The Level 2 housemates are not exempted as they have been lively and fun despite going through several nominations which led to four of them leaving the show.

We captured a hilarious display from Groovy and Bryann, they mimicked the ladies who acted as cheerleaders during one of their weekly wagers. In the video below, the duo could be heard chanting with their hands in the air,

Henry Olisaemeka Orakwue known as “Groovy” is a 27 year old model and entrepreneur while Brian Chukwuebuka is a 24 year old singer , song writer.