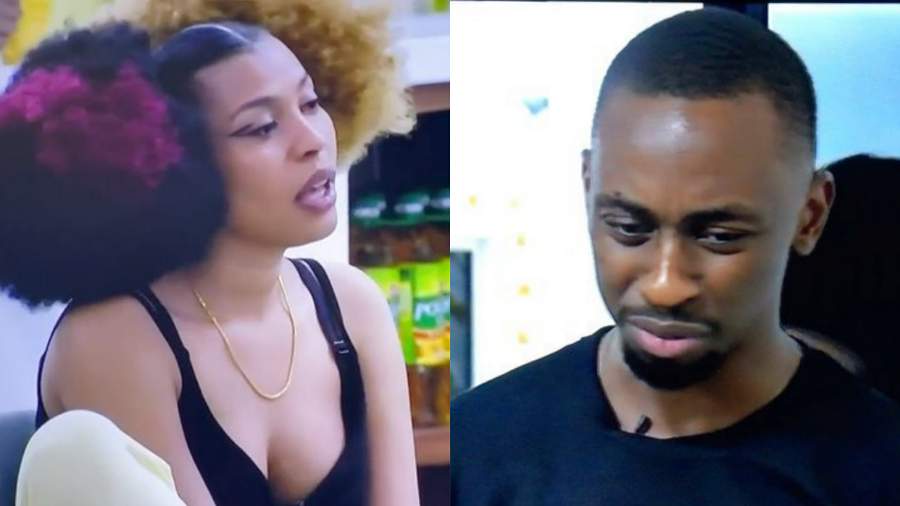 Even though it appears she so much enjoys the companionship with Saga as they’re oftentimes seen being and engaging in a lot of activities together, Nini keeps letting him know about her boyfriend outside the Big Brother house.

Every once in a while, she reminds Saga of her boyfriend outside the house, and in a new video that’s emerged online, she’s seen yet again telling Saga about her boyfriend’s height.

In the video, the duo is seen standing together and staring at the mirror while Nini tells Saga of how the people she’s dated and is still dating are way taller than her. Saga then tells her his height is what she gets from him before Nini then asked him how he established that they’re dating.