#BBNaija: Angel says Whitemoney is not happy that she and Pere came back to the house 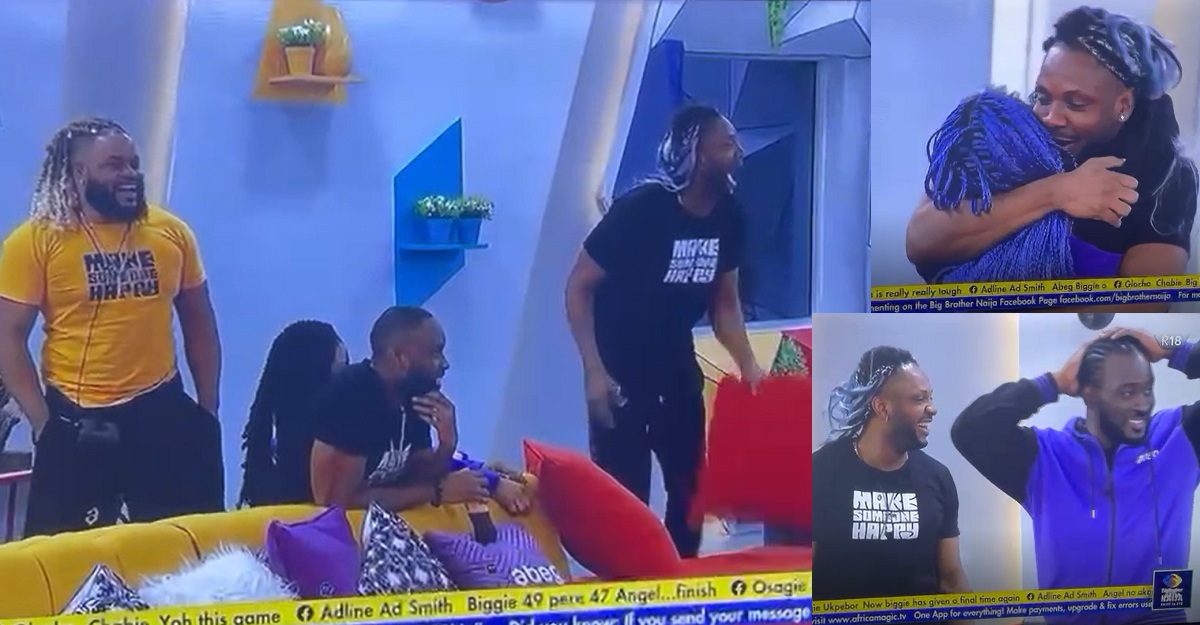 Earlier this evening, Big Brother Naija housemates, Pere and Angel were returned back to the house after they were sent off on Sunday night into a white room where they participated in a game of agility to help earn their spot in the finale.

Well, after playing with Angel seemingly finishing first, Big Brother took time out to analyze their gameplay before eventually announcing that Angel had 56 parts and Pere had 54 parts.

They however both made it back into the Big Brother house following the verdict which was much to the amusement of the remaining housemates in the house.

Following their return and given the reactions from the four housemates, Angel perceived that the excitement from housemate, WhiteMoney was a fake one and was forced, implying that he was not happy to see either of them.

She excused Pere from the rest of the housemates Emmanuel, Liquorose, and others and took him to a room to tell him of her perception. Watch the moment she shared her thoughts as you scroll,

One thought on “#BBNaija: Angel says Whitemoney is not happy that she and Pere came back to the house”