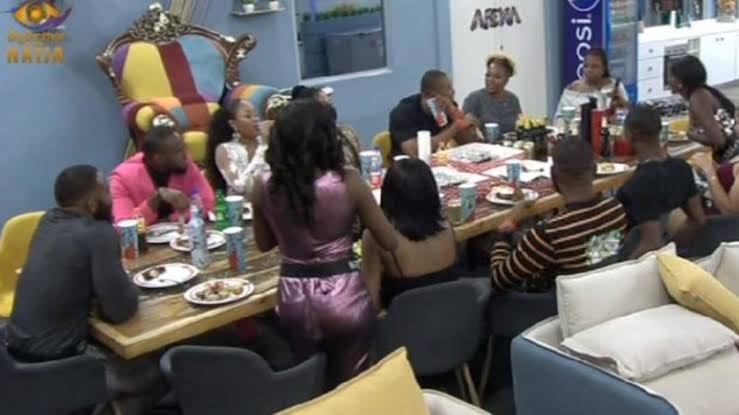 Level 2 House has emerged as the winner of this week’s weekly wager presentation in the BBNaija S7 “Level Up” house. The feisty and interesting battle between both houses was held on Friday night as the housemates showed their creativity, talent, as well their presentation skills. After three rounds and a general presentation that featured drama, music, and art, Big Brother adjudged Level 2 House as the most creative on the night over their Level 1 counterparts.

On Monday, contestants in both houses met each other for the first time as the Head of House game was conducted. Level 1 Housemates, Ello Swagg and Bella emerged as the Head and Tail of House respectively. The win ensured that Level 1 housemates would be exempted from possible eviction this week and a poll party experience while Level 2 Housemates had to settle for a Truth and Dare game.

There is a new twist to this season’s Big Brother Naija Show as housemates have been split into two sections. The 24 housemates are in two different Levels; houses with different structures designs and interior decorations. Level 1 house looks quite urban like an “Island” while Level 2 house is the antithesis, earning the name “Trenches”.

The battle continues as housemates jostle for the 100 million prize in ten weeks.