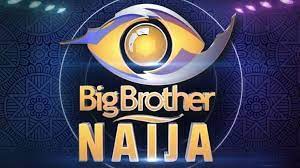 Organisers of Big Brother Naija, BBNaija season 7 have come under attack over this year’s eviction process.

For the past few weeks, the nomination of housemates for possible eviction has been in the hands of the head of house.

According to Biggie, whoever wins head of house has the power to choose five housemates from the other house to put up for possible eviction.

This has led to the eviction of Cyph, Christy O, Ilebaye and Khalid from level 2.

However, this process has been criticised by Nigerians who feel housemates with potential are being evicted from the show.

Some took to social media asking Big Brother to change the nomination process in order to avoid the show becoming boring.

Here are some comments :

@Helenofficial11 “Nominations should continue to be done the way they’ve been done before. These level 2 housemates have to work hard to avoid nominations. In fact if they lose again, all 8 housemates must be put up for eviction.”

@Richson22 “Please Big Brother, change this your pattern of eviction before we’re left with only rev sisters and potential pastors.”

@AsiruRokibat “I think it’s high time I done watching this nonsense level up show because I don’t know this kind of nomination where people with content are leaving the show and those that don’t have any content to deliver still showing on the screen big brother need to hear our voice.”

@Sive “Biggie should let both houses nominate each other from now on. Level 1 should nominate Level 2 vise versa, then the housemates with the least votes should be evicted.”

@Teekay “This nomination is not fair at all. What if our winner is in level 2 and he/she gets evicted? From tomorrow let everybody be up, all man for himself.”

@Bigbolajoko “This year nomination eviction is very annoying, how will someone like Ilebaye wey get full vibes be evicted and so many boring people in level 1 are still in, anyways if the nomination continues like this I don’t know how this year BBN will end.”

@Inahbae “This method of eviction is just not working at all. So if level one keeps winning HOH, level 2 keeps getting evicted. Rubbish show, the next president should stop this show sef, ‘Biggie dun dey lose focus’.”

@Daviddsjoy “This stupid nomination process has to stop oh because Ilebaye has gone with her contents and dramas can, you just imagine smh.”