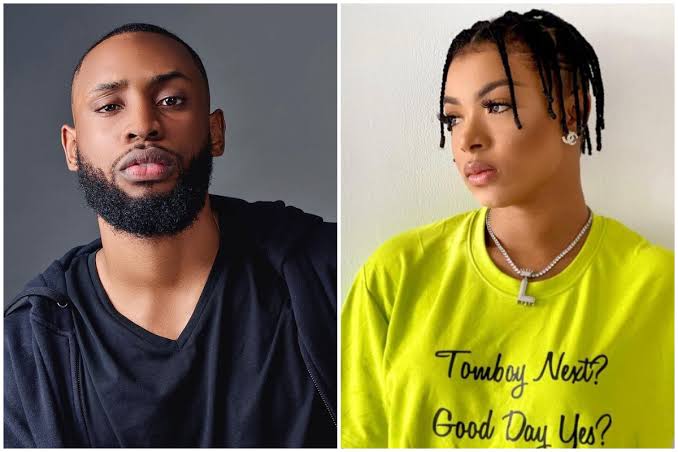 Liquorose and Emmanuel, former housemates of the Big Brother ‘Shine Ya Eye’ season, have opened up about their failed relationship.

The pair spoke on Thursday night in the latest episode of the reunion show which premiered a week ago.

During their stay in the BBNaija show, the duo tagged ‘Emmarose’ by fans became an item and a favorite “ship” outside the house.

When the show ended, it began to seem like the relationship had hit the rocks, especially with Emmanuel’s absence from Rose’s birthday party.

The sixth episode of the reunion show began with Ebuka, the host, showing a video clip of how Emmanuel appeared to have flirted with Angel back in the house.

Reacting to the video, Angel had defended her behavior, saying she didn’t think their relationship — Rose and Emmanuel — was that serious.

Saskay and JMK also claimed Emmanuel had made inappropriate comments toward them while in the house.

Giving his own side of the story, Emmanuel blamed Rose for how their relationship ended, adding that she was always complaining about his actions.

He also said they once had an argument over him going to lunch with Saskay, which he claimed was perceived to be a date by Rose.

On her part, Rose claimed she walked in on Emmanuel in a very compromising position with another lady during their Dubai trip.

“We were dating, right? And I walked into you and a girl in Dubai? The light was off and music was playing,” she said.

“The bed was rough and the girl was sitting at the edge and she covered her face with a face mask.”

When Emmanuel tried interrupting her, Liquorose fired back “please can I finish?”

In his reaction, Emmanuel said he won’t talk about the incident.