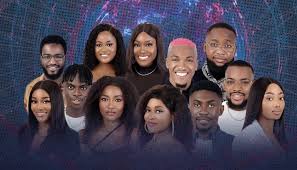 The Big Brother Level Up housemates, on Monday, received the brief for their first wager task for the season.

In this week’s task, the housemates are to put up a talent show that will be presented to Big Brother on Friday evening.

The brief noted that the housemates are expected to be in groups of fours for the task, adding that the theme for the task is ‘VIBES!!!’.

Reading the task brief to the Level Two housemates, Phyna said, “Some of the requirements are that all the talents being displayed should happen simultaneously in groups of four. What this means is, in your group, you must showcase four talents at the same time.

“There may be multiple people showing Big Brother the same talent, but please keep it entertaining. For example, one housemate sings, another dances, and another plays an instrument, and so on.”

The brief noted that housemates were at liberty to form their groups, adding that their presentation would be judged on entertainment value, originality, skills, and overall performance.

The Big Brother Naija season 7, tagged ‘Level Up’, was officially launched on Saturday, and 12 housemates were introduced to the show.

On Sunday, the second set of housemates was welcomed into the house during day two of the launch event.

In a new twist this year, the second set of housemates was placed in a separate house, different from that of the first 12 housemates.

The Big Brother Naija season 7, tagged ‘Level Up’, was officially launched on Saturday, and 12 housemates were introduced to the show..