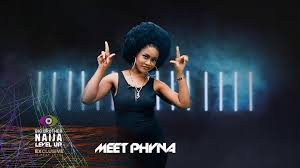 Big Brother Naija’s level up housemate Ijeoma Josephina Otabor popularly known as Phyna has been declared the winner of the reality show.

The reality star’s name showed up on Google search as the winner of the ongoing reality show.

The site claimed that the reality star would be given the grand prize of this year’s reality show.

Shockingly, the site used the pronoun, “he” to refer to the female reality star.

Nigerians are reacting to the Google’s reports as many made fun of it.

abena_sugar_trust: it’s the “he” for me if confusion was a person

beautiful_nikky: The winner is between Hermes, Bryann and Phyna…these 3 have a big fanbase

teeto_olayeni: I checked and it’s true oo. Her fans must have spent a lot to put it there but I still get hope Hermes for the money

kukiyueini: Which one is he was

official_cherishmatur: It’s the He will be given for me

freda.ovi: Phynanation are not playing from their mouths to God’s ear

__thekano: I nor go dey believe google again, them say na he even with wig on her head then still call her he

datdarkskinned_boy: Read properly!!!! He will be given the price!! Casted

Recall fans of Big Brother Naija Level Up housemates, Phyna were already losing interest in her.

The reality star, who had been the star leader following Beauty’s disqualification, had fast lost her fans over her shameful acts towards her male housemates.

The reality star had been tagged as a man-user and desperado.

Since Groovy’s love interest, Beauty left the house, Phyna had glued herself to him.

From sharing the same bed to rocking themselves at parties, using pet names and sharing severe moments and intimate kisses, Phyna is fast drowning in love.

Phyna and Groovy, who escaped eviction on Sunday, August 14th, celebrated the night with her loved-up moment.

Her fans who held her in high esteem had been left disappointed over her recent actions as it was seen that she was forcing herself on him.

To make matters worse, Groovy doesn’t seem to reciprocate her feelings as he was divided about his feelings for Beauty and Chomzy.

Expressing displeasure, fans took to the comment section to drag her.

Phyna had said she brought in the wrapper to properly cover herself while sleeping.

Phyna had said she brought in the wrapper to properly cover herself while sleeping.