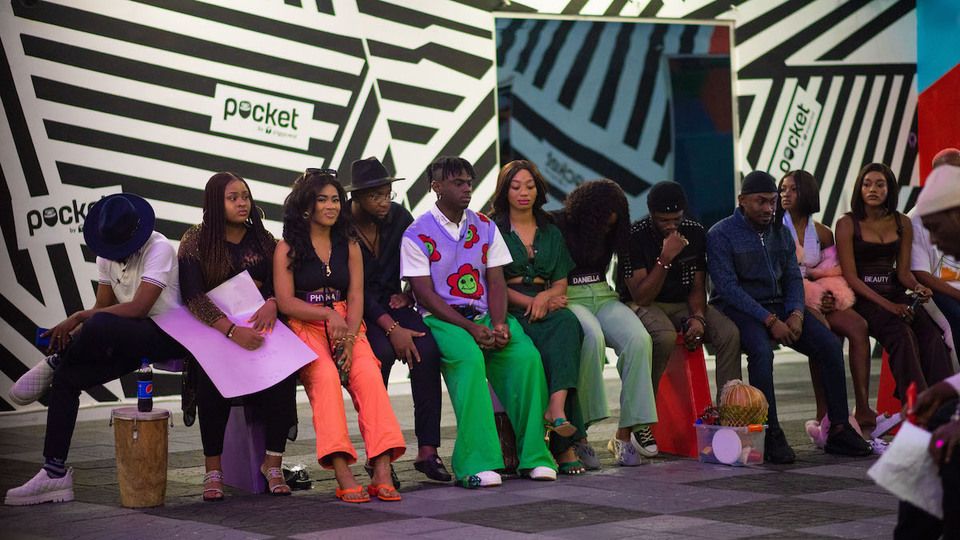 Things are getting heated in Big Brother Naija’s house  as Level Up housemates set the internet ablaze with their Saturday night party.

As always with other past seasons, last night was the first Saturday party of Season 7 Housemates and unlike their predecessors, who make the night all about dance, Level Up housemates changed the game as they lighted up the atmosphere.

This set made history as the first BBN housemates to get steamed up during their first Saturday party.

Phyna and Eloswag and Doyin and Cyph gave Nigerians the content they signed up with their unexpected content.

While other housemates were dancing, Doyin and Cyph were kissing.

These two weren’t the only ones who kissed, as Eloswag and Phyna also blessed our eyes with another round of kisses.

Many think that the house would be more interesting if all housemates reunite.

prettybrandy: Wahala for this party

kamzy_posh_: Big brother better join them together ooo I take God abeg u

chinny_saysrelax: Lol as if u know

realuyi: He can kiss whoever after all. Na only him dance better

adunni_ola_jumoke: Make big brother join them together na, 60% of them for shift pants this night

pro_5fit.official: Sex go plenty this season, this is all about sex no game at all

recalls Doyin had earned praises from many as she openly admitted her feelings for Sheggz.

Putting away the stereotype, Doyin wasn’t shy to make the first move as she sat down with Sheggz to make her feelings known to him.

Doyin revealed that she liked Sheggz and could have moved more toward him if not for his public affection towards another housemate , Bella.

According to her, Bella was her stumbling block and was holding her back from reaching out to him.

Doyin stated that she would have been in Sheggz’s space every time if he wasn’t in a relationship.