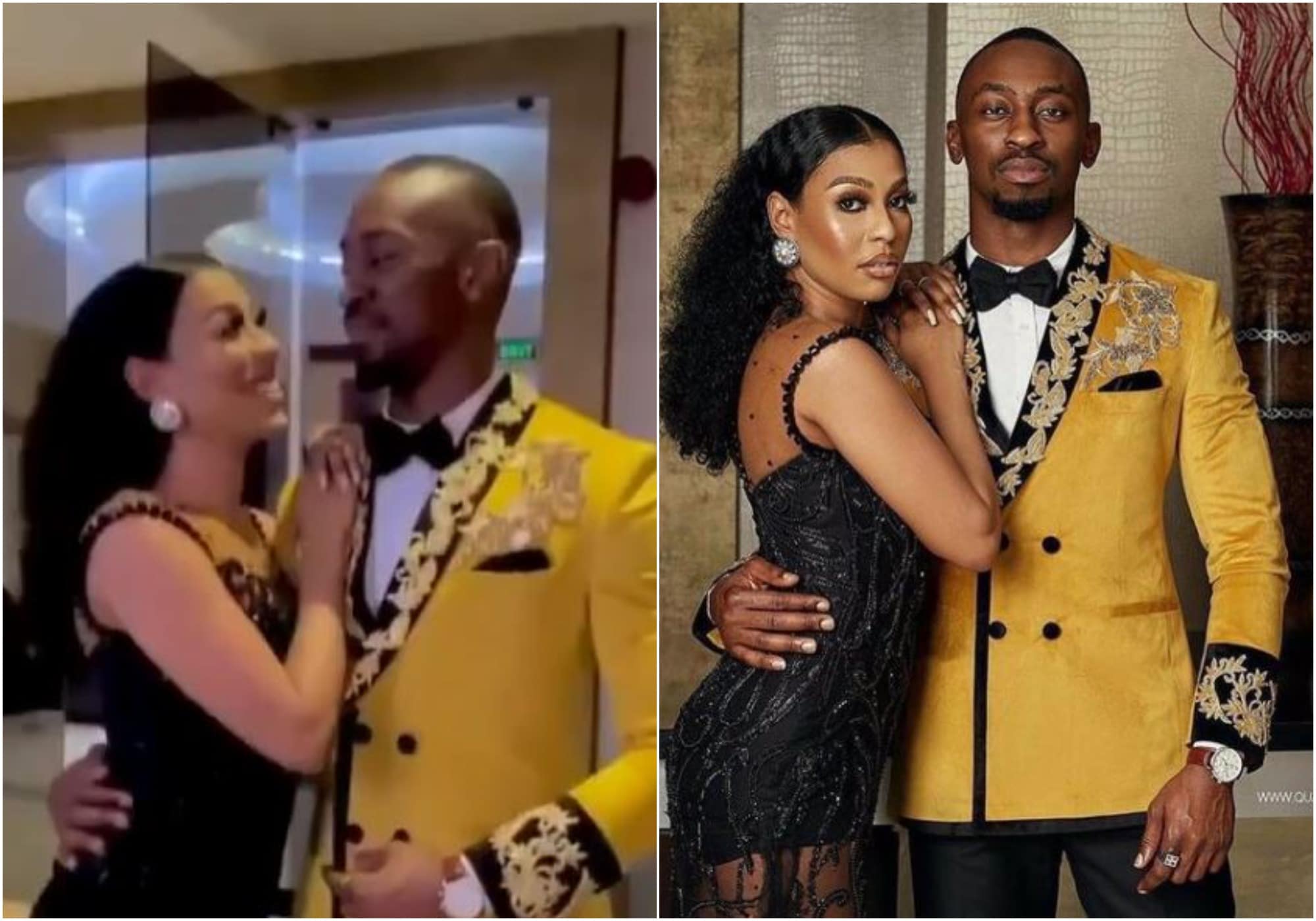 Big brother niaja ‘shine ya eyes’ former housemate, Nini Singh has defended her colleague, Saga Adeolu against a troll who dragged him for clinging to the reality star.

Saga made it known, while in the BBN house, that he loves Nini and would love to start a relationship with her.

Many thought that his love would fade after leaving the house, but alas, Saga hasn’t stopped pursuing his love interest in Nini Singh.

As the reunion starts production, Saga was seen in video clips which made rounds constantly hanging around Nini.

A fan who was irritated with his behaviour, lashed out at him.

Calling him names, he chided him for spending most of his time with the reality star.

“So they went for Big Brother reunion and Saga was caught following and monitoring Nini. This guy mumu no too much?”.

Nini Singh wasted no time in slamming him.

She noted how the troll would have been better in life if he had followed his life ambitions and monitored his growth.

Nini tweeted, “If you followed your life ambitions (that’s if you have any) and monitored your growth, you’d have a better life than struggling to become a useless being that chases clout with other people’s lives”.