BBTitans: Fans Dig Up Videos of Nigerian Contestant Marvin From America’s Got Talent, the Circle on Netflix 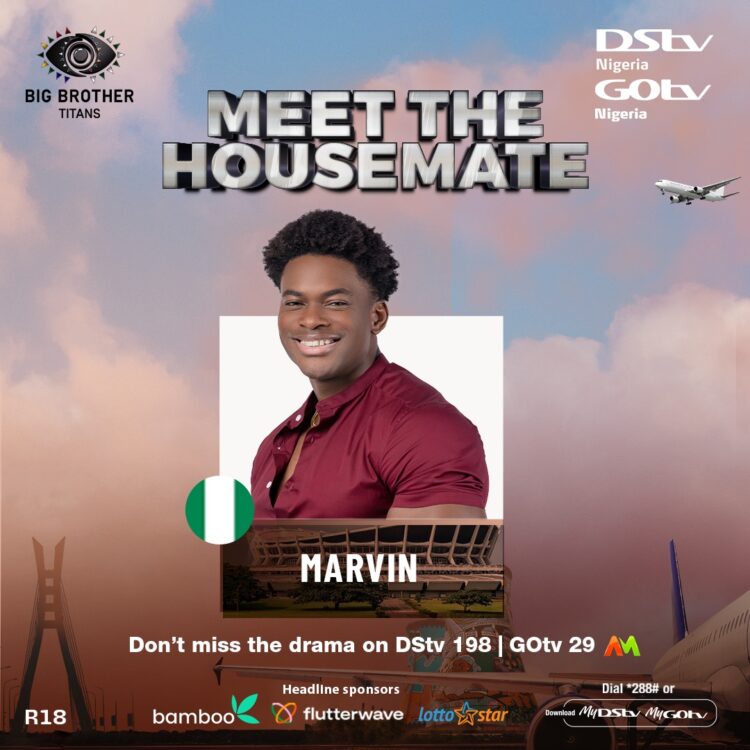 BBTitans season officially kicked off on Sunday night, January 15, and Nigerians are super pumped about contestants representing the country Marvin Archi, one of the Nigerian contestants has gotten many pitching their tents in his team as he appears to be good at reality shows Fans dug up videos of Marvin from his time on the AGT show and The Circle on Netflix, and many are saying he has a chance at winning .

After weeks of anticipation, the debut season of the Big Brother Titans (BBTitans) reality show finally kicked off on Sunday, January 15, with an opening show that got millions tuned in. Just as organizers announcers, the show saw hosts of the season, Ebuka and Lawrence, introducing the 10 Nigerian and 10 South African housemates that will be spending the next few weeks in Biggie’s house.

Interestingly, one of the Nigerian contestants, Marvin Archi, already has social media buzzing as many dug up videos from some of his past reality shows attendance. Apparently, Marvin once participated in the America Got Talent (AGT) show and a trending video captured the moment he thrilled judges.