BBTitans: My Father Tagged Me a ‘Mistake’, Nana Shares Emotional Story About Her Background, Fans React 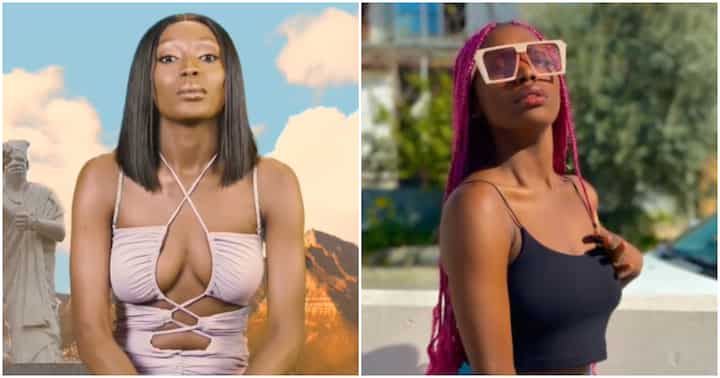 Big Brother Titans (BBTitans) housemate, Nana has stirred emotions online by sharing some deep and personal experiences from her childhood Nana revealed that she had to be on the streets from a young age and had to fend for herself She also shared that as a child her father labelled her as a mistake and refused to take responsibility for her upkeep

Nana, one of the 10 Nigerians in the BBTitans house, recently got people talking online after she shared the heartbreaking story of her childhood, with her colleagues. The reality TV star said her father never loved or cared for her. Nana also revealed that her father, at some point in her life, tagged her as a mistake. She further disclosed that she owed her mum nothing because she also never cared about her survival.

Nana also mentioned that she was once pregnant for six months, and she didn’t know. She said the child died and decayed inside her.

The BBTitan also shared that she had to be on the streets from an early age, all in the bid to survive.

See how Nigerians have reacted to Nana’s tough childhood story @_lily_among_thorns_: “They have started. There is nothing anybody will say that will touch my heart this year.”

“Two days una don dey give life history. Am I the only one not interested in this particular One???” @jennyoliver313: “Let’s normalize taking responsibilities for our actions, na pikin way won spoil go spoil.” @queen.veeeev: “Toxic parenting is very rampant in African homes…”