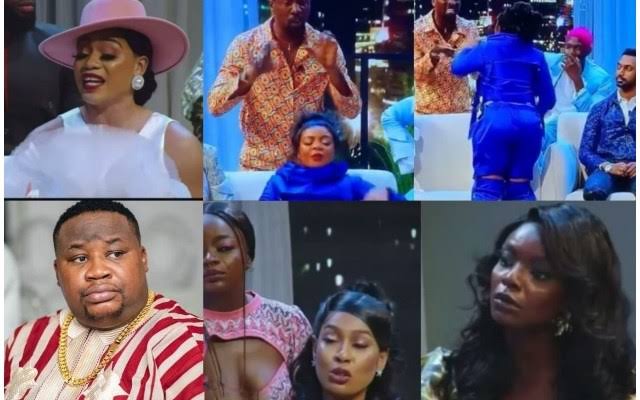 The 37-year-old Boma Akpore turned out to be the primary villain of the episode.

The former housemate called Queen out over claims that she slandered him before Tega and spearheaded an infamous rumour about his relationship.

The Boma and Beatrice moment was clearly what fans of the show long anticipated. Beatrice on the reunion show was everything fans expected from the star on the show.

Both housemates traded words over Boma’s comment, describing her as ‘irritating’ while in the house.

Beatrice took no prisoners, attacking Boma’s looks and behaviour while in the house. Boma reciprocated, describing Beatrice as ‘local’.