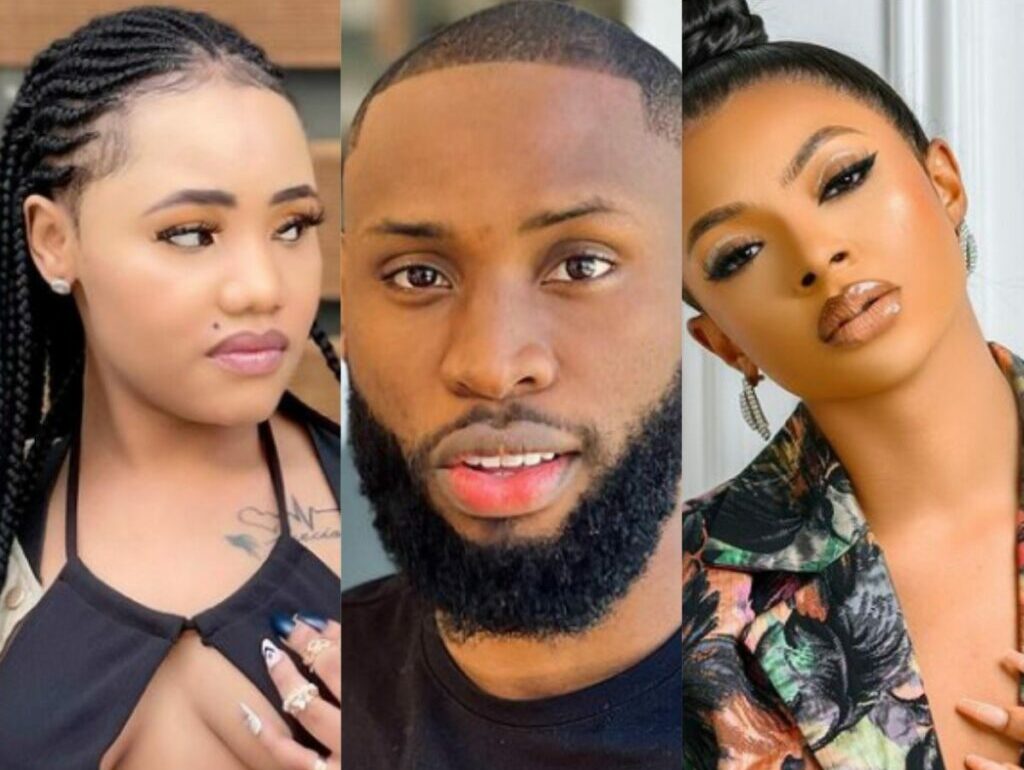 The Big Brother Naija ‘Shine Ya Eye’ reunion show got off to a rough start this week with shocking revelations and exposés by the ex-housemates themselves.

The reunion show is where all the juicy details and hidden secrets are unveiled to the fans, and the moment the housemates voice their thoughts and opinions and correct false gossip.

The organisers promised that the Shine Ya Eye Reunion Show, hosted by Ebuka Obi-Uchendu, would be one of the hottest reunions ever.

Uchendu, would be one of the hottest reunions ever.

This week, the focus was on (Emmarose) Liquorose and her ex-love interest, Emmanuel, as they shared never-been-heard details that led to the collapse of their short-lived and tumultuous affair.

Aside from Emmanuel and Liquorose, several unresolved feuds made the reunion show very thrilling for fans.

The episode was action-packed; from Arin versus Nini to Angel versus Maria and Boma.

On Friday, during an edition of the reunion, Liquorose accused Emmanuel of flirting and showering with other girls in Biggie’s house and outside the home.

Emmanuel’s relationship with Liquorose, which fans fondly describe as EmmaRose’s ship, was one of the highlights of the BBNaija Shine Ya House edition.

Speaking at the reunion, the 27-year-old revealed that she caught Emmanuel showering with Angel and JMK even when she had never seen him naked.

Liquorose said the scene got her mad as she only told Emmanuel to be free with the female housemates and not to flirt with them.

The dancer further disclosed that she ended her relationship with Emmanuel because of his numerous escapades in and outside the house.

According to the reality TV star, she caught him with a lady in his hotel room during their infamous Dubai trip.

Liquorose said she walked in on her estranged lover, Emmanuel and a masked woman in his hotel room in Dubai.

After waiting to be let into his room for fifteen minutes, Liquorose revealed Emmanuel did not attempt to explain his compromising situation.

The mystery woman at the centre of it has been identified as Natukunda Precious, a Ugandan.

Reacting to the allegations, Ms Precious, on her Instagram stories on Saturday, wrote that she met Emmanuel in Dubai in 2021 and he never told her he was in a relationship.

According to the Ugandan, they only met last year, and Emmanuel told her he was single.

“Emmanuel and I are just friends. He met me in Dubai, where all this happened. I never knew he was in a relationship. He told me he was single,” she explained.

Precious’ statement comes 24 hours after Liquorose dropped the bombshell on how their relationship crashed during their trip to Dubai.