I Believe In Destiny, So I Won’t Change Or Fake My Ways To Be In The Finals – Sheggz 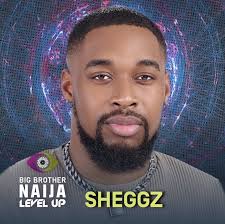 Big Brother Naija Season seven HouseMate, Sheggz was having a conversation with his fellow HouseMates in the level one house, and they reflected on different situations. Sheggz said he believes in destiny, and he won’t fake or change his ways to be in the season finale. Sheggz has been talking about the season’s finale, and the ways around the Big Brother Naija show.

Since the beginning of the show, Sheggz have been on the lips of Nigerians because of his attitude and behaviors in the Big Brother’s house. Sheggz is an HouseMate who was born in London, this also contributed to the controversies and drama around him.

Sheggz said he believes in destiny and he won’t change or fake his ways to get into the season’s finale. Sheggz is someone who is straightforward and has convinced the viewers about his thoughts and opinions about himself in the Big Brother’s house.