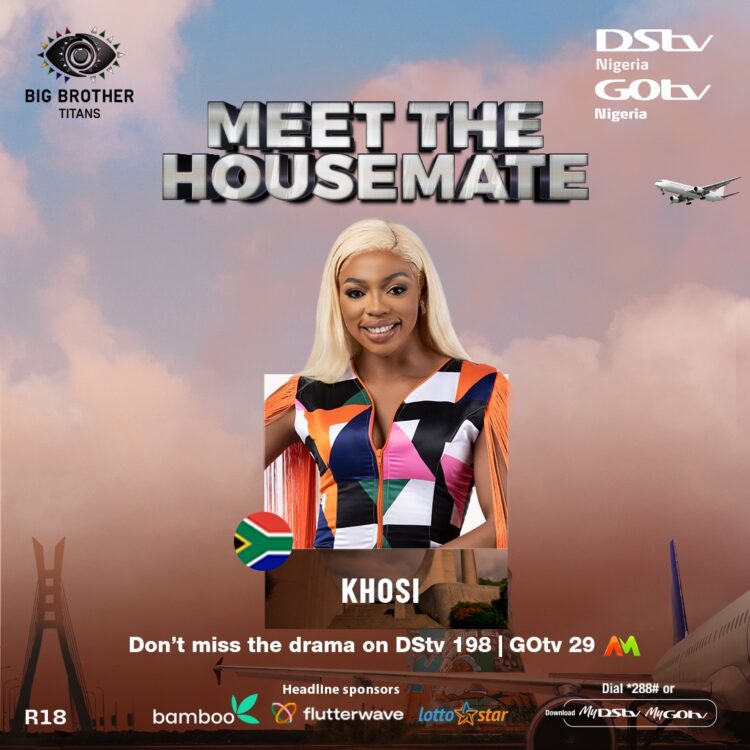 He got the title “Head of House” after winning the HoH house game held on Monday night.

The game had both the male and female players divided as they competed against their fellow gender.

The game involved the housemates making six paper planes and later throwing them as far as they possibly could, and the top two housemates from the male and female groups with the farthest paper planes were selected to compete in the HoH game.

Nigerian housemates Olivia and Jenni won the female group, while Mmeli and Lukay from South Africa won the male group. They were later made to compete against each other for the position in a dice-throwing game.

Before throwing their dice on the table, they were instructed to roll them in a cup. Their die’s number would be the one that was noted on the board. The winning housemate will be the one with the highest total numbers.

Mmeli rolled a 6, winning the game and becoming the first HoH in the BBTitans edition.

He was given a badge to identify him and won’t be up for eviction nomination this week. Mmeli will also have exclusive access to the HoH bedroom with his chosen guest of the opposite gender.

Mmeli chose Ipeleng to be his guest, who will enjoy his HoH benefits with him, and she took the offer.

Khosi, one of the South African housemates, was later announced as the season’s first ever Tail of House.

She was given a tail and told to wear it with pride for the rest of the week.