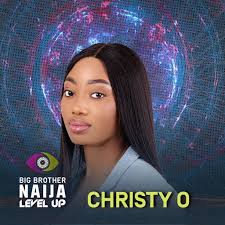 After Big Brother announced the nominated level 1 housemates, camera captured Christy O, Pharmsavi, and groovy discussing the dining. During conversation, Christy O. revealed what transpired between herself and Pharmsavi.

She recounted how Pharmasavi declined to give her a massage after she pleaded with him. She also believed that Pharmasavi was shying away from the act. She also questioned Pharmsavi why he had refused to let any lady touch him and vice versa.That prompted her to accuse him of being a married man.

@Christy O said,”I asked Pharmsavi to massage my back properly.He didn’t say anything, so I decided to do it myself.You act like a married man. You don’t want to be touched, you don’t want to touch anybody.“

Reacting to Christy O’s statement, Pharmsavi denied some of the allegations. Do you think Christy O. is attracted to Pharmsavi? Also, Christy seems to be coming out of her shell recently unlike last week. What do you think about her sudden change of vibe?